Is bitcoin the future currency of property sales? 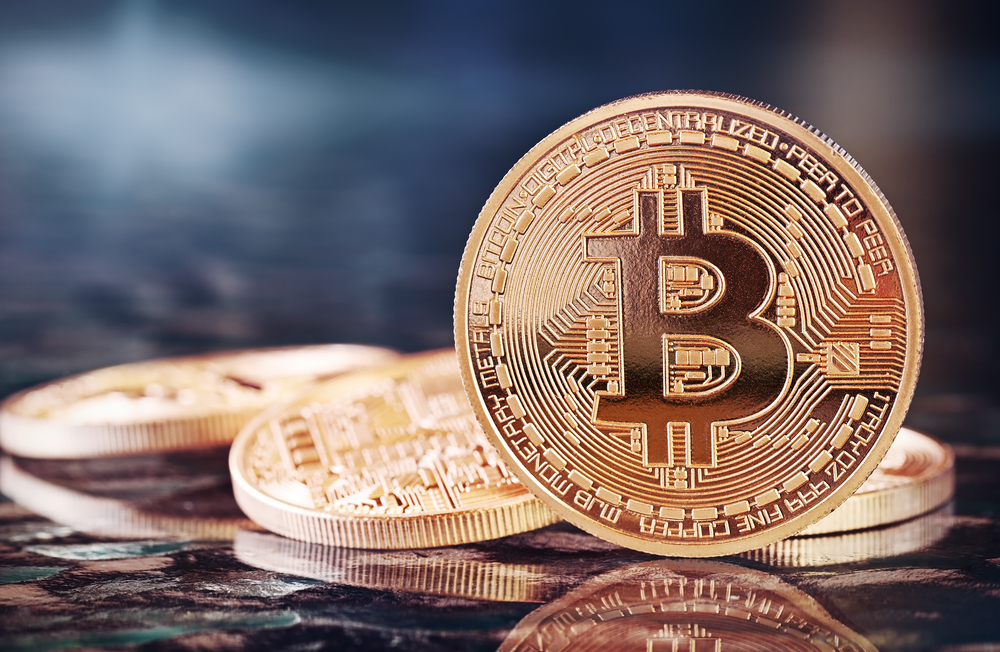 One of the success stories of last year was most certainly bitcoin - the cryptocurrency which is now worth more than double its value at the start of 2017. One bitcoin is now worth around Ł12,000, up from less than a penny seven years ago.

As this cryptocurrency becomes more mainstream, it's time to look at how it is influencing the property world and how that could affect estate and letting agents in years to come.


First launched almost a decade ago in January 2009, bitcoin is a cryptocurrency which is decentralised from the global banking system. Payments made using the system can be done without incurring any fees. This is due to the blockchain, a ledger maintained by so-called 'miners' who are rewarded in bitcoins for carrying out transactions.

The total value of bitcoin is now in excess of $180 billion and there are believed to be over 16 million bitcoins in circulation.

Bitcoin payments are instant and advocates claim one of the system’s main benefits is that it can't be interfered with by Governments and traditional banks. It is, however, a volatile system which could be damaged by restrictions made by regulators.

It is, though, clearly a growing phenomenon and one that represents a step into largely unknown territory in our increasingly technological world.

How is bitcoin being used in the property industry?


Perhaps a little surprisingly, bitcoin is already making waves in the UK property industry as forward thinkers look to adopt its hype and growing popularity to their advantage.

As far back as 2015, there is evidence of letting agents accepting bitcoin as a payment method for rents and deposits. However, the take up of this offer back then was likely to have been minuscule.

Fast forward a couple of years and the words bitcoin and property are becoming increasingly intertwined.

Last September, property development firm The Collective announced that it would be accepting bitcoin payments from its tenants - reportedly the first landlord in England to do so.

And since then, a number of estate agencies have confirmed that they will now accept bitcoin payments from customers.

By October 2017, one property seller in London insisted that they would only be accepting bitcoin payment for their Ł17 million home in Notting Hill. This raised questions about how bills for estate agent commission fees and stamp duty would be paid should the transaction go through as desired.

The latest development is that two properties have now been sold using bitcoin - which are believed to be the first property sales made via bitcoin in the world.

It is thought the HM Land Registry will record this sale as being made in bitcoin, but there is some confusion as to whether it will officially recognise alternative payment methods and cryptocurrencies.

It's likely that as more sales are claimed to be made via bitcoin, the government will assess the situation and offer a formal decision on how bitcoin can be considered.

Bitcoin is unlikely to take over from cash anytime soon, but that doesn't mean agents should ignore it. If more customers want the option to pay in bitcoin, then agents should facilitate this or risk losing out to competitors who do.

Here at Gnomen, we provide cutting-edge property software and websites for estate and letting agents. Our cloud-based systems mean you can run your business from anywhere at any time, all in one place.

With 2020 nearly upon us, and the recent emphatic win by the Conservatives expected to provide some stability and certainty after years of the opposite.

Why modern communication is all important for agents

Thanks to a fast-moving world, how we now communicate in all parts of life is very different to how we communicated even a decade ago.

Reservation agreements what could they mean for agents?

In one of the most ground-breaking industry announcements for many a year, the Regulation of Property Agents (RoPA) working group finally released its 54-page document proposing root and branch reform of the agency industry in mid-July.

Landlord licensing review what do letting agents need to know

For a robust property market functioning at its peak, demand needs to be high, supply needs to be steady and sales need to be going through on a regular basis.

We've looked in the past at the importance of protecting data and complying with new data protection legislation, and why a secure system is vital for agents in preventing money laundering and other suspicious activities from taking place.

Why operational efficiency is the answer to the tenant fees ban

Its been a long time coming, and has provoked plenty of debate criticism since Philip Hammond first put the proposals forward to ban letting fees in his November 2016 Autumn Statement, but the Tenant Fees Act finally comes into play on June 1.

Why the first hour is crucial for maximising your portal leads

As an agent, you want to sell and let as many homes as possible to enhance your business, boost your reputation and improve your profit margins. Leads from the portals play a crucial role in finding the right buyers and tenants for your

How can agents overcome fees ban and Brexit challenges

For estate and letting agents across the UK, the next few months are set to be challenging thanks to the introduction of the ban on letting agent fees charged to tenants and the ongoing uncertainty surrounding Brexit

It was recently revealed that new guidance has been issued by the Property Ombudsman (TPO) over what it labels a growing issue namely that of dual fees.

Agents have been accused of doing 'not nearly enough' to report money laundering, according to a claim made by the government's anti-money laundering campaign.

The cost of moving has hit a record high but agents fees have remain unchanged in the past year. Thats the main take home from an annual study of transaction charges by home moving site reallymoving.com.

The digital revolution of property

For a while now, the government has talked a lot about speeding up the house buying process to benefit both buyers and sellers.

There is traditionally a post Christmas boom in housing activity, hitting a peak in February and March as buyers and sellers seek to push deals over the line.

Why letting agents should target the student accommodation market

A new year is now upon us, and there are a number of reasons for letting agents to embrace 2019 with a sense of positivity and optimism.

The government recently announced a U-turn on its plans to cap tenant deposits at six weeks rent, with the amount tenants have to pay upfront to secure a home now set to be cut to five weeks for

Why virtual tours can help your agency to thrive

We'd love to tell you more.

Take a 15-minute online tour
with one of our friendly experts.

Will I have any additional costs such as setting up networks?No. You can access the system from any web browser with an Internet connection.

Do I need a server?No. This is a hosted solution, meaning that we take care of this for you.

Are there any hidden costs?No. We have a transparent pricing policy. Almost all of our features are included free of charge. Optional extras that can be purchased include: bespoke site design, SMS credits (can be bought in pre-paid bundles) and Geo-mapping data (optional enhancements to your website). Disk storage space is subject to a fair usage policy.

Does your software work on a Mac and PC?Yes. And also any other platform that lets you browse the Internet, such as Ubuntu.

What mobile devices are supported?Any mobile device that supports web browsing, such as iPhone, iPad, any Android tablet or phone, Blackberry or Windows mobile such as Nokia, etc.

What happens to my domain name if my website is hosted somewhere else?Your domain name will stay in your control, with your existing domain name registrar (such as 123-reg.co.uk). Your domain is then pointed to our servers (we can do this for you when you are ready to go live).

Will there be any downtime on my website whilst you are migrating or creating a new one?No. We provide you with a test website address. Once you are happy for the website to go live, we then make the required modifications, so your website switches over seamlessly.

Will my website and email addresses be my own domain name or will it use gnomen.co.uk?No. You will have your own company website address and email, such as info@yourcompany.co.uk etc.

How long does it take to set up the software?You can log in to the software and have access to the online tutorials within 24 hours of signing up. Template integration and data migration take just 5 days. Franchise setups take around 1 month.

Is my data safe?Yes. We have many levels of security and encryptions in place to ensure that your data is secure.

Is my data backed up?Yes. We have several backup routines, including offsite/co-located backups.

Are there any charges for upgrades?No. Upgrades are free.

Can I migrate my existing data from another provider?Yes. This takes around 5 working days from the moment you provide us with the data.

Can I export my data if I decide to leave Gnomen?Yes. Backups and data exports are always available to download from within the system.

Do I have to commit to a 12-month contract?No. We operate on a rolling monthly contract, with no long-term commitment.

How long will my website take to go live?A new website from a template takes around 1-2 weeks from start to completion. Bespoke websites can take between 2-6 weeks, depending on your requirements.

How long will it take for my team to learn to use the software?We have a comprehensive online training course, with video-based tutorials. It takes a couple of hours to go through the course. Or just jump straight in - the interface has been designed to be as intuitive as possible.

Can Gnomen be used for franchises?Yes. We have a software, reporting and website platform especially designed for a franchise setup.

Am I restricted to logging in from one machine?No. One user can log in from any location.

How do I get started?Contact us to book a demo.