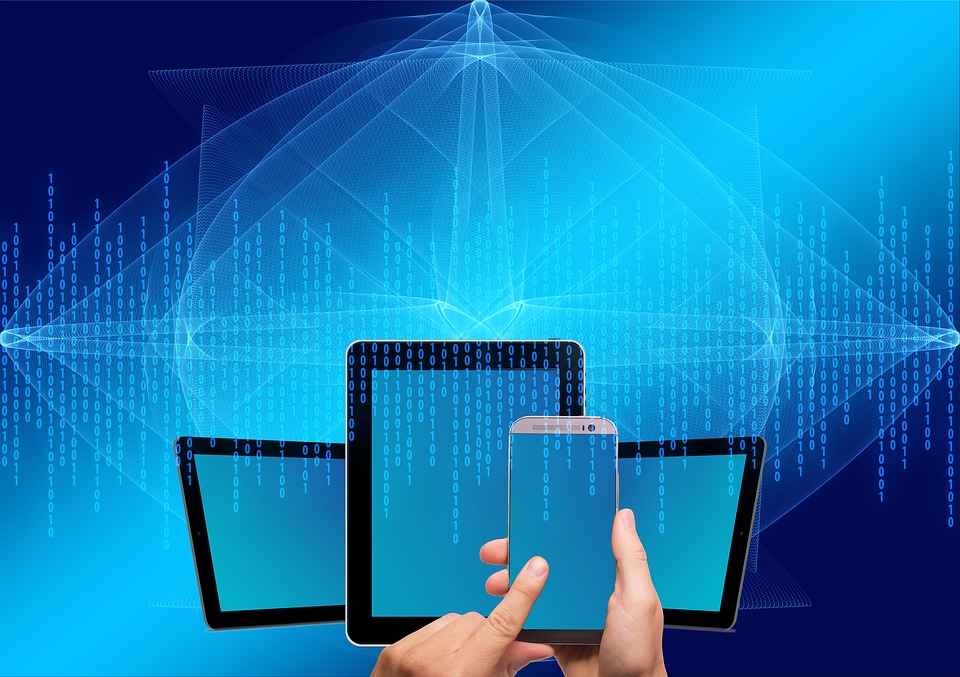 In the recent Budget - one of the most eagerly anticipated fiscal events for many a year - the chancellor Philip Hammond outlined measures to ensure Britain isn't left behind in the tech revolution.

“Some would say that's a bold move but I believe we have to embrace these technologies, we have to take up these challenges, if we want to see Britain leading the next industrial revolution,” Hammond said before the Budget.

During his Budget address, Hammond said he wanted to secure Britain’s status as a world leader when it comes to technology and innovation. Broken down, the tech funding pledges included:

Previously, we outlined why those in the property world need to come to terms with – and embrace – AI or risk becoming obsolete. There is evidence, though, that Britain is losing its place on the world stage with regards to cutting-edge technology.

A new report conducted by the Organisation for Economic Co-operation and Development suggests the UK’s influence is declining when it comes to scientific research and AI inventions.

In fact, the research says that the UK accounted for just 1.9% of all AI-related patent applications from 2010 to 2015, while the majority (around 70%) of AI technological development is taking place in Korea, Taiwan, Japan and China.

The AI money announced in the Budget (Ł75m) will go towards supporting start-ups and increasing the number of PHD students working in this field to 200 per year, while some of the funding is also expected to aid the formation of an AI advisory body to ‘remove barriers to AI development’.

However, tech experts have warned that Britain needs to do more to avoid being left behind. While the move by the government to invest more money in AI is a positive step, Britain is in a global race to adopt more AI technology and other countries are currently pumping far more money in.

Meanwhile, the announcement of further investment in full-fibre broadband and 5G follows previous pledges by the government in the past. In March, Ł200 million was set aside for full fibre and 5G, while at the Autumn Statement in November 2016 there was the unveiling of a Ł1.1 billion boost to digital infrastructure. 5G networks are expected to be trialled next year by BT’s EE, with initial services set to be launched in 2019 and full deployments rolled out in 2020.

There were plenty of housing announcements, too, with the immediate abolition of stamp duty for first-time buyers purchasing homes worth up to Ł300,000 grabbing all the headlines.

An extra Ł44 billion for housing – to help meet the target of 300,000 new homes being built a year by the mid-2020s – councils being given powers to charge 100% council tax premium on empty properties, a new homelessness taskforce and Ł400 million to regenerate housing estates were other key policies outlined in Hammond’s speech.

What this latest Budget shows is the increasingly digital world we live in – with so much of our lives now lived online – and how this is going to affect all industries going forward, including property.

AI could one day play a key role in the property industry, while the rollout of 5G and full-fibre broadband is likely to be appealing to tenants who place super-fast internet access above nearly everything else when it comes to sourcing rental properties.

In an increasingly digital landscape, it’s important that your property software keeps pace. At Gnomen we can guarantee that with our all-in-one, cloud-based package, which allows you to manage all aspects of your business seamlessly.

We also design websites that look beautiful and, just as importantly, work beautifully, to ensure your agency stands out from the crowd.

Letting agents what are the top priorities for tenants in 2020?

As a letting agent, it will help your cause if you know what tenants want, as you can then offer advice to your landlords on where they might want to be focusing their attentions when sourcing new tenants – or trying to keep existing ones in place.

With 2020 nearly upon us, and the recent emphatic win by the Conservatives expected to provide some stability and certainty after years of the opposite.

Why modern communication is all important for agents

Thanks to a fast-moving world, how we now communicate in all parts of life is very different to how we communicated even a decade ago.

Reservation agreements what could they mean for agents?

In one of the most ground-breaking industry announcements for many a year, the Regulation of Property Agents (RoPA) working group finally released its 54-page document proposing root and branch reform of the agency industry in mid-July.

Landlord licensing review what do letting agents need to know

For a robust property market functioning at its peak, demand needs to be high, supply needs to be steady and sales need to be going through on a regular basis.

We've looked in the past at the importance of protecting data and complying with new data protection legislation, and why a secure system is vital for agents in preventing money laundering and other suspicious activities from taking place.

Why operational efficiency is the answer to the tenant fees ban

Its been a long time coming, and has provoked plenty of debate criticism since Philip Hammond first put the proposals forward to ban letting fees in his November 2016 Autumn Statement, but the Tenant Fees Act finally comes into play on June 1.

Why the first hour is crucial for maximising your portal leads

As an agent, you want to sell and let as many homes as possible to enhance your business, boost your reputation and improve your profit margins. Leads from the portals play a crucial role in finding the right buyers and tenants for your

How can agents overcome fees ban and Brexit challenges

For estate and letting agents across the UK, the next few months are set to be challenging thanks to the introduction of the ban on letting agent fees charged to tenants and the ongoing uncertainty surrounding Brexit

It was recently revealed that new guidance has been issued by the Property Ombudsman (TPO) over what it labels a growing issue namely that of dual fees.

Agents have been accused of doing 'not nearly enough' to report money laundering, according to a claim made by the government's anti-money laundering campaign.

The cost of moving has hit a record high but agents fees have remain unchanged in the past year. Thats the main take home from an annual study of transaction charges by home moving site reallymoving.com.

The digital revolution of property

For a while now, the government has talked a lot about speeding up the house buying process to benefit both buyers and sellers.

There is traditionally a post Christmas boom in housing activity, hitting a peak in February and March as buyers and sellers seek to push deals over the line.

Why letting agents should target the student accommodation market

A new year is now upon us, and there are a number of reasons for letting agents to embrace 2019 with a sense of positivity and optimism.

The government recently announced a U-turn on its plans to cap tenant deposits at six weeks rent, with the amount tenants have to pay upfront to secure a home now set to be cut to five weeks for

We'd love to tell you more.

Take a 15-minute online tour
with one of our friendly experts.

Will I have any additional costs such as setting up networks?No. You can access the system from any web browser with an Internet connection.

Do I need a server?No. This is a hosted solution, meaning that we take care of this for you.

Are there any hidden costs?No. We have a transparent pricing policy. Almost all of our features are included free of charge. Optional extras that can be purchased include: bespoke site design, SMS credits (can be bought in pre-paid bundles) and Geo-mapping data (optional enhancements to your website). Disk storage space is subject to a fair usage policy.

Does your software work on a Mac and PC?Yes. And also any other platform that lets you browse the Internet, such as Ubuntu.

What mobile devices are supported?Any mobile device that supports web browsing, such as iPhone, iPad, any Android tablet or phone, Blackberry or Windows mobile such as Nokia, etc.

What happens to my domain name if my website is hosted somewhere else?Your domain name will stay in your control, with your existing domain name registrar (such as 123-reg.co.uk). Your domain is then pointed to our servers (we can do this for you when you are ready to go live).

Will there be any downtime on my website whilst you are migrating or creating a new one?No. We provide you with a test website address. Once you are happy for the website to go live, we then make the required modifications, so your website switches over seamlessly.

Will my website and email addresses be my own domain name or will it use gnomen.co.uk?No. You will have your own company website address and email, such as info@yourcompany.co.uk etc.

How long does it take to set up the software?You can log in to the software and have access to the online tutorials within 24 hours of signing up. Template integration and data migration take just 5 days. Franchise setups take around 1 month.

Is my data safe?Yes. We have many levels of security and encryptions in place to ensure that your data is secure.

Is my data backed up?Yes. We have several backup routines, including offsite/co-located backups.

Are there any charges for upgrades?No. Upgrades are free.

Can I migrate my existing data from another provider?Yes. This takes around 5 working days from the moment you provide us with the data.

Can I export my data if I decide to leave Gnomen?Yes. Backups and data exports are always available to download from within the system.

Do I have to commit to a 12-month contract?No. We operate on a rolling monthly contract, with no long-term commitment.

How long will my website take to go live?A new website from a template takes around 1-2 weeks from start to completion. Bespoke websites can take between 2-6 weeks, depending on your requirements.

How long will it take for my team to learn to use the software?We have a comprehensive online training course, with video-based tutorials. It takes a couple of hours to go through the course. Or just jump straight in - the interface has been designed to be as intuitive as possible.

Can Gnomen be used for franchises?Yes. We have a software, reporting and website platform especially designed for a franchise setup.

Am I restricted to logging in from one machine?No. One user can log in from any location.

How do I get started?Contact us to book a demo.